Even if you can't have your favorite celebrity's wedding dress, venue, or any other crazy over-the-top detail they had (we're looking at you, George and Amal Clooney), you can certainly have their first-dance song! Though superstar couples seem to be unattainably cool and glamorous, some have had downright traditional tunes play during their weddings. George and Amal? they went with a good, old-fashioned standard — Cole Porter's "Why Shouldn't I?".

Some other, less common choices for Celebrity weddings include Drew Barrymore and Will Kopelman's pick, Band of Horses' "No One's Gonna Love You," Kate Middleton and Prince William's pick of Ellie Goulding's cover of "Your Song," and Mark Zuckerberg and Priscilla Chan's idea to dance to Green Day's "Last Night on Earth." And in one of the most delightful selections of all, Paul McCartney and wife Nancy Shevell swayed to one of his non-Beatles songs, "My Valentine." How adorable! Lauren

Other Celeb wedding first dance choices ? Conrad and William Tell: "You're My Best Friend" by Once Justin Timberlake and Jessica Biel: "A Song for You" by Donny Hathaway, Reese Witherspoon and Jim Toth: "Make You Feel My Love" by Bob Dylan, Nick Lachey and Vanessa Minnillo: "A Kiss to Build a Dream On" by Steve Tyrel,l Kate Moss and Jamie Hince: "If There Is Something" by Roxy Music, President Barack and First Lady Michelle Obama: "You and I" by Stevie Wonder, Carrie Underwood and Mike Fisher: "Love Never Fails" by Brandon Heath, Ellen DeGeneres and Portia de Rossi: "Ribbon in the Sky" by Stevie Wonder, David and Victoria Beckham: "It Had To Be You" by The Starlight Orchestra, Channing Tatum and Jenna Dewan: "Somewhere Over the Rainbow" by Israel Kamakawiwo'ole Christina Hendricks and Geoffrey Arend: "Origin of Love" from Hedwig and the Angry Inch, Fergie and Josh Duhamel: "Sweethearts Together" by The Rolling Stones, Joel Madden and Nicole Richie: "What a Wonderful World" by Louis Armstrong, Blake Shelton and Miranda Lambert: "No Doubt About It" by Neal McCoy

Celebrity All Star Band For Duralast

Puttin On the Ritz 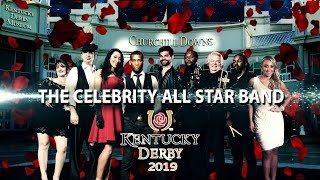 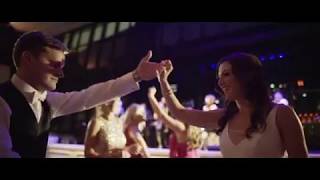 CAB at the Hardrock Cafe in New Orleans 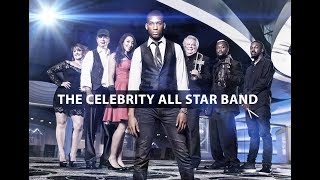 Wedding Entertainment For Amanda and Ryan